The Public Safety Commission oversees the DPS. Its five members are appointed by the Governor and confirmed by the state senate for staggered, six-year terms. 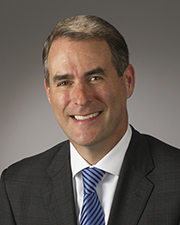 Steven P. Mach of Houston was reappointed to the Texas Public Safety Commission, and named Chairman by Governor Greg Abbott on March 8, 2017. He has served as a member of the Commission since November 26, 2013, when he was first appointed by former Governor Rick Perry. In his role as Chairman of the Public Safety Commission, he has also been serving as a statutory member of the Texas Racing Commission. Chairman Mach is the vice president and CFO of Mach Industrial Group, LP. He has served as a trustee of his alma mater, Trinity University, since 2007. Additionally, he serves on the boards of The Kinkaid School, the Houston Symphony, The Sam Houston Area Council of the Boy Scouts of America, and the Harris County Sheriff's Office Foundation. Chairman Mach recently completed his service on the board of the Foundation for Jones Hall, and he previously chaired the boards of Family Services of Greater Houston (Family Houston), the Houston Symphony, and the Houston Symphony Endowment. In 2017, he was recognized by Crime Stoppers of Houston as the recipient of the Leiv Platou Award, which is given to a citizen who has made a significant contribution to public safety through volunteerism in the community. An Eagle Scout, he was a 2019 recipient of the National Eagle Scout Association Outstanding Eagle Scout Award, and he also completed Scouting's Wood Badge leadership program. 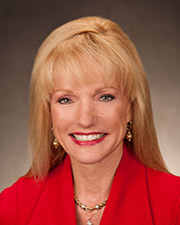 Blair received a bachelor of arts in Pre-Law, Economics and Sociology from Baylor University and a Juris Doctor degree from the University of Houston Law Center. Her term on the Public Safety Commission expires January 1, 2026.

Steve H. Stodghill of Dallas was appointed to the Texas Public Safety Commission by Governor Greg Abbott on September 6, 2019. Stodghill is a partner at Winston & Strawn, LLP, a member of the State Bar of Texas, the Dallas Bar Association and a research fellow for the Southwestern Legal Foundation. Additionally, he is a former member of the American Bar Association and the Texas Bar Foundation and a charter member of the Patrick E. Higginbotham American Inn of Court. He is chairman of the American Film Institute National Council, board member of The University of Texas (UT) Harry Ransom Center, UT College of Liberal Arts Advisory Board, and the UT System Chancellor's Council. Additionally, he is a member of the Southern Methodist University Meadows School of the Arts Executive Board and a former member of the Boy Scouts of America Circle Ten Council Executive Committee. Stodghill received a bachelor of arts from UT Austin and a Juris Doctor degree from UT School of Law. His term on the Public Safety Commission expires January 1, 2024. 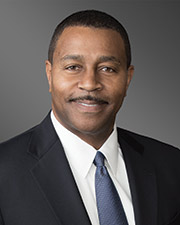 Dale Wainwright of Austin was appointed to the Texas Public Safety Commission by Governor Greg Abbott on January 6, 2020. Wainwright is an attorney and shareholder of Greenberg Traurig, where he is co-chair of the firm's National Appellate Practice and chair of the Texas Appellate Practice. Prior to joining Greenberg Traurig, he served as a Justice on the Texas Supreme Court for 10 years, and as Judge of the 334th Judicial District Court in Harris County. Commissioner Wainwright also previously served as gubernatorial appointment as chair of the Texas Board of Criminal Justice.  He currently serves on the U.S. Chamber Litigation Center Board of Directors, as advisor to the Texas Supreme Court Access to Justice Commission's Legislative Committee, and as trustee of the Center for American and International Law. In addition to being an elected member of the American Law Institute, he is a trustee and former president of the Texas Supreme Court Historical Society, former member of the Houston Bar Association Board of Directors, and former president of the Houston Young Lawyers Association.

Wainwright earned a bachelor of arts in Economics from Howard University, studied at the London School of Economics and Political Science, and earned his Juris Doctor from the University of Chicago School of Law. His term on the Public Safety Commission expires January 1, 2024.

Commission meetings are held at the call of the Chairman. All meetings are open to the public and announced in the Texas Register and the Open Meetings website. The public is invited to attend all meetings.

Minutes are posted after they have been approved by the Commission.