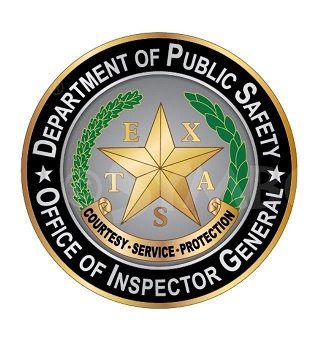 It is the policy of the Department to courteously receive and to investigate complaints concerning its employees.

A person desiring to make a complaint may contact any Department office or the Department's Headquarters in Austin and will be furnished the name and address of the person to whom the complaint should be directed.

Persons desiring to make a complaint must understand the importance of submitting their complaint in writing with their signature affixed. (The Texas Government Code, Section 614.022, provides that all complaints to be considered on law enforcement officers must be in writing and signed by the person making the complaint.)

Persons complaining orally, or by E-mail, will be requested to submit their complaint in writing with their signature affixed if the complaint is on a DPS police officer.

A person refusing to make a written complaint or who makes an anonymous complaint does not necessarily prevent an investigation from being initiated on the facts provided, but does cause the matter to be more difficult to process to an effective conclusion.

Upon receipt of a complaint, a notification will be prepared and sent to the complainant informing him or her that the complaint is to be investigated and that they will be contacted personally, if at all possible, by the investigator to discuss in detail the allegation(s) made against the Department employee.

The Department has two types of complaint investigations, Personnel Complaint Investigations and Division Referrals. A Division Referral may be conducted prior to the filing of a formal complaint. A formal complaint is defined as a formal written allegation against a member of the Department, which could result in disciplinary action up to and including termination, and which alleges one or more of the following:

Department policy and the Texas Government Code both require a copy of the formal complaint be presented to the employee within a reasonable time and before any disciplinary action may be imposed.

Department policy states the investigation of a formal complaint shall include:

The purpose of the investigation is to seek out the facts in a particular situation and to ascertain the truth. The investigation or inquiry may be conducted by a Department supervisor or the Office of Inspector General.

Allegations contained in a formal complaint investigation may have one of four outcomes:

A sustained complaint may result in disciplinary action of one or more of the following:

If a formal complaint is sustained against an employee, the employee has the right to appeal that decision and/or the discipline imposed.

HOW TO FILE A COMPLAINT