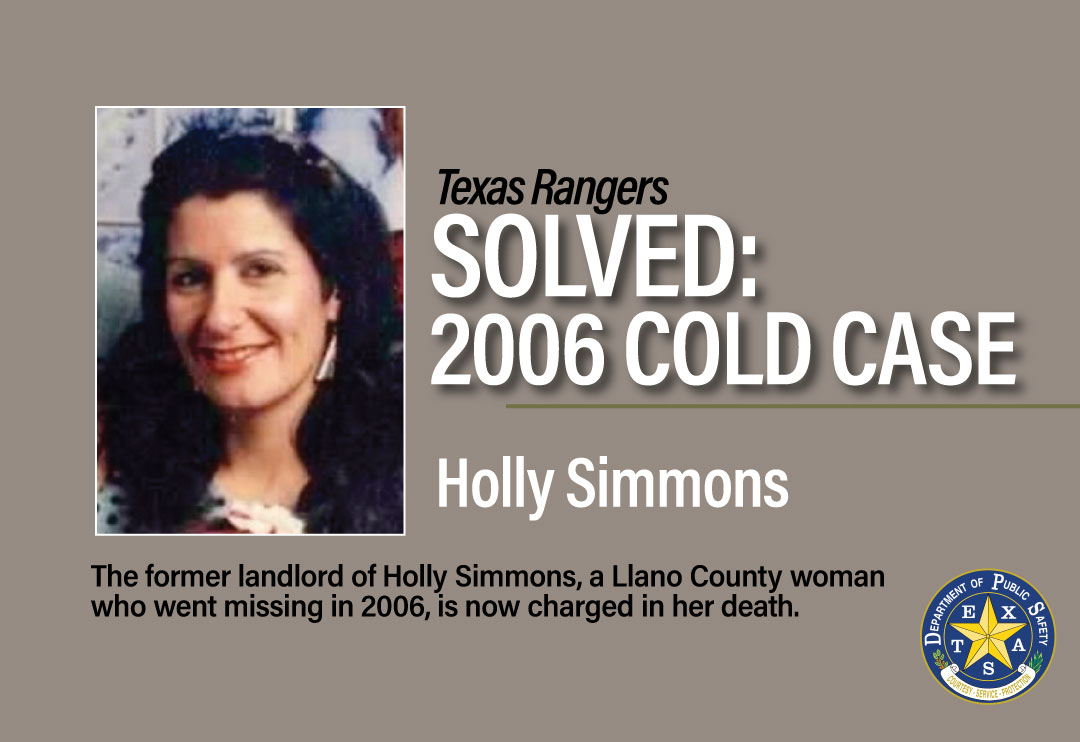 AUSTIN – The former landlord of a Llano County woman who went missing in 2006 is now charged in her death.

On May, 3, 2021, Jimmy Wolfenbarger, 57, of Lubbock, was indicted in Llano County on one count of murder in the November 2006 death of Holly Simmons, 46, of Buchanan Dam. Simmons was reported missing by her 17-year-old daughter on Nov. 28, 2006, after she dropped her off at the school bus stop the previous morning. Simmons was never seen alive again.

For years, investigators with the Llano County Sheriff’s Office and the Texas Rangers worked this case, trying to bring closure. Immediately following Simmons’ disappearance, her house on Cortez Trail was thoroughly examined for evidence. Neighbors, coworkers and associates were also interviewed by investigators.

Then, on July 7, 2009, a recreational diver found a submerged aluminum boat at the bottom of Inks Lake. Simmons’ body was in the bottom of the boat. Concrete bags had been placed over her, which had become waterlogged and hardened. The Texas Department of Public Safety Dive Team assisted the Llano County Sheriff’s Office in recovering the boat and Simmons’ remains.

In 2016, the Texas Rangers Unsolved Crimes Investigation Program reviewed the case extensively, ultimately assigning it to a Texas Ranger to reinvestigate with the Llano County Sheriff’s Office. Following a five-year investigation, Wolfenbarger was named a suspect. Wolfenbarger, Simmons’ landlord, lived near her home in an RV park at the time. He often had disputes with Simmons regarding one of her two daughters. The District Attorney’s Office for the 33rd and 424th Judicial District also helped bring the case to a successful conclusion.

Wolfenbarger was jailed in the Lubbock County Detention Center on May 12, 2021, with bail set at $2 million. He has since posted bond and been released.

Anyone with information in this case, or any other case, is asked to please come forward. To be eligible for cash rewards, tipsters MUST provide information to authorities by calling the Crime Stoppers hotline at 1-800-252-TIPS (8477). All tips are anonymous. Individuals can also submit information through the Texas Rangers’ Cold Case website or by phone to the Missing Persons Hotline at 1-800-346-3243.

The Texas Rangers’ Cold Case website provides information on more than 125 cases in an effort to garner public interest in unsolved or cold cases. Texas Crime Stoppers offers rewards (funded by the Governor’s Criminal Justice Division and administered by DPS) of up to $3,000 for information that leads to the arrest of those responsible for any of the Rangers cold cases listed on the website. For more information, visit the Texas Rangers’ Cold Case website.

The Texas Ranger Unsolved Crimes Investigation Program was created to assist Texas law enforcement agencies investigating unsolved homicides or violent serial crimes. Since there is no statute of limitations for the offense of murder, investigators pursue these cases to a successful resolution or until no viable leads remain. 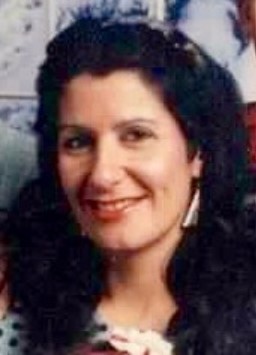