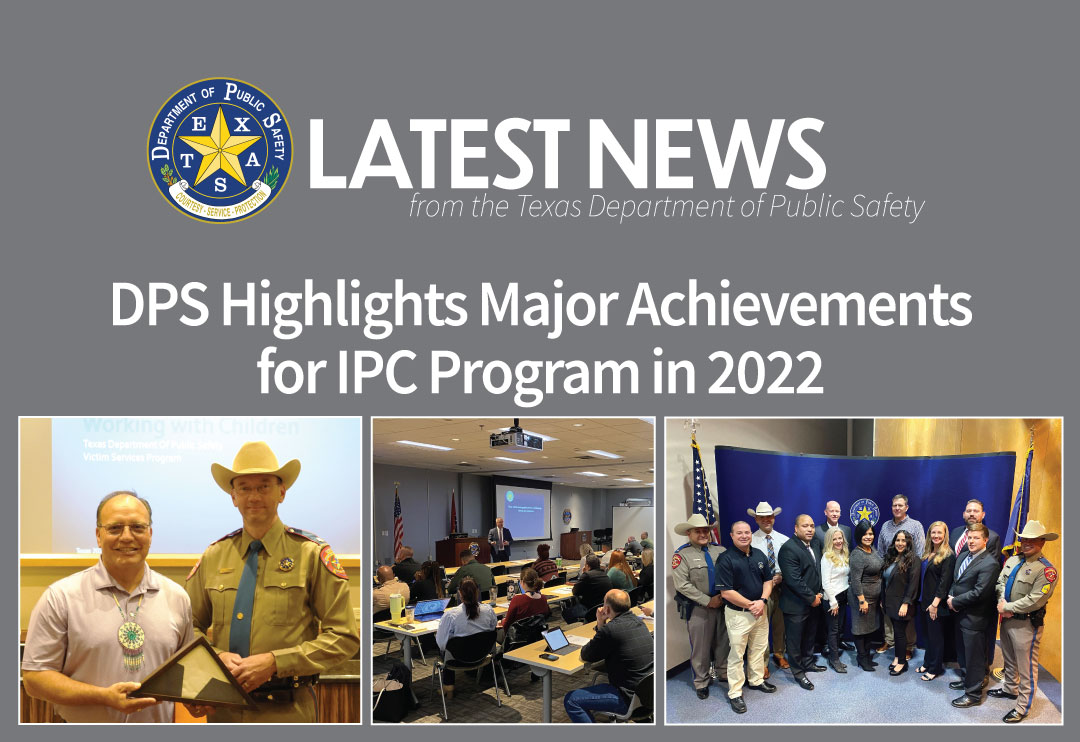 AUSTIN – 2022 was a tremendous year for the Texas Department of Public Safety’s Interdiction for the Protection of Children (IPC) program. IPC is a human trafficking and crimes against children program that trains front-line officers to recognize indicators that a child may be a victim, at risk of victimization or missing.

“Time and time again, the IPC program has saved the lives of children,” said DPS Director Steven McCraw. “We are proud of this program and all the good it does, but we’re even prouder to be able to share this critical training with other agencies and law enforcement personnel across the country. We are confident more children, in more communities will be saved because of it.”

In the last year, DPS’ IPC personnel have traveled to seven states and Canada to get this valuable training into more areas. In 2022, the department has given 19 IPC basic classes and trained a total of 709 students. Personnel have attended 22 conferences and briefings to present to more than 1,800 people.

Here are some additional 2022 highlights:

DPS developed the IPC program to help front line law enforcement officers identify and rescue endangered or exploited children and identify those who pose a high-risk threat to a child. While law enforcement officers are well-trained and highly proficient in making observations of suspicious behaviors leading to arrests and successful interdictions of illicit drugs, weapons, and currency, this program works to expand their training and knowledge so they can take a victim-centered approach in working child victimization cases and identifying those who offend against children.

IPC is a comprehensive training course covering topics from understanding victims and offenders, legal issues and authority, working with children, the officer’s role to understanding indicators, intelligence reporting as well as identifying and working with local/state resources such as child and victim services.

As of December 2022, IPC has trained more than 12,000 law enforcement officers and child service professionals in over 30 states, U.S. territories and tribal nations. The program’s core message is to Stop Waiting for Children to Ask for Help.

Learn more about how to request IPC training, here.