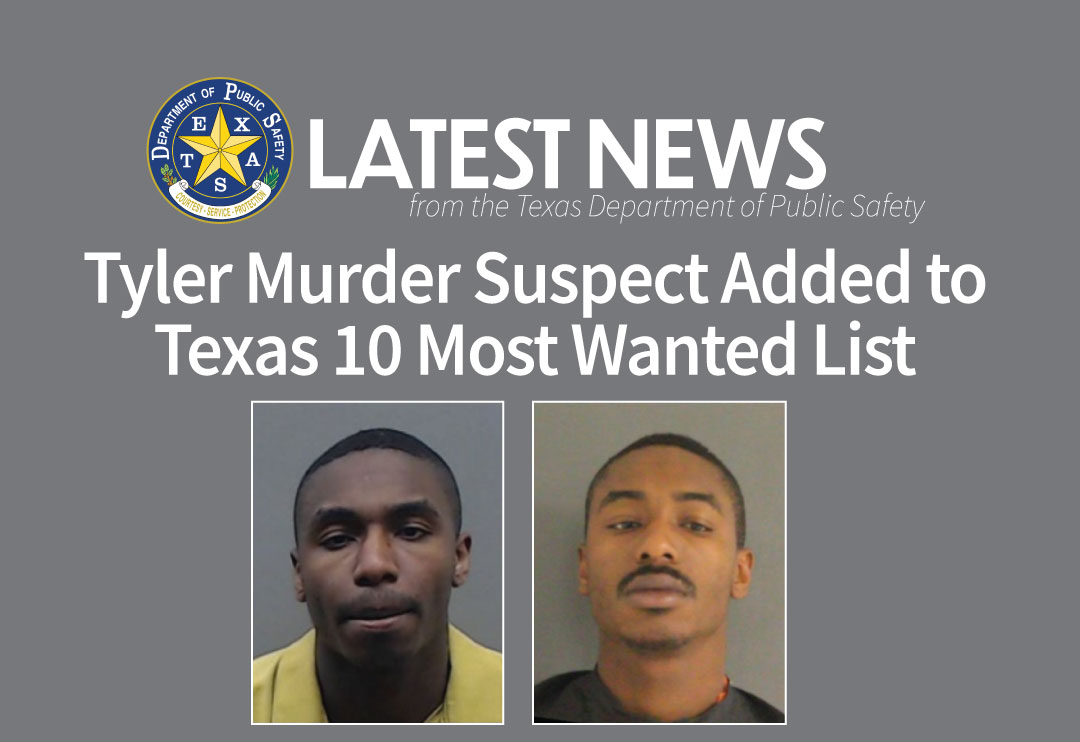 AUSTIN – The Texas Department of Public Safety (DPS) has added Dakevian Beniot Scroggins, 27, to the Texas 10 Most Wanted Fugitives list. Scroggins is wanted for capital murder, evading arrest/detention and a parole violation. On May 13, 2021, he is accused of fatally shooting a man during a robbery in Tyler. A warrant for capital murder was issued on June 2 by Tyler police. A cash reward of up to $7,500 is being offered by Texas Crime Stoppers for information leading to his arrest. All tips are guaranteed to be anonymous.

Scroggins has been wanted since September 2019, when he violated his parole and absconded from his last known address in Tyler. His criminal history also includes felony convictions for assault against a public servant and possession of a prohibited weapon.

In addition to Tyler, Scroggins has ties to other areas of East Texas, including Garrison, Nacogdoches and Whitehouse. Smith County Crime Stoppers is also offering a reward of up to $1,000 for information leading to Scroggins’ arrest.

Scroggins is 6 feet 2 inches tall and weighs about 170 pounds. He has tattoos on both of his upper arms. For more information or updates in the event of his arrest, view his wanted bulletin.

Texas Crime Stoppers, which is funded by the Governor’s Criminal Justice Division, offers cash rewards to any person who provides information that leads to the arrest of one of Texas’ 10 Most Wanted Fugitives or Sex Offenders. So far this year, DPS and other agencies have arrested nine Texas 10 Most Wanted Fugitives and Sex Offenders, including four gang members and four sex offenders. In addition, $17,500 in rewards has been paid for tips that have yielded arrests.