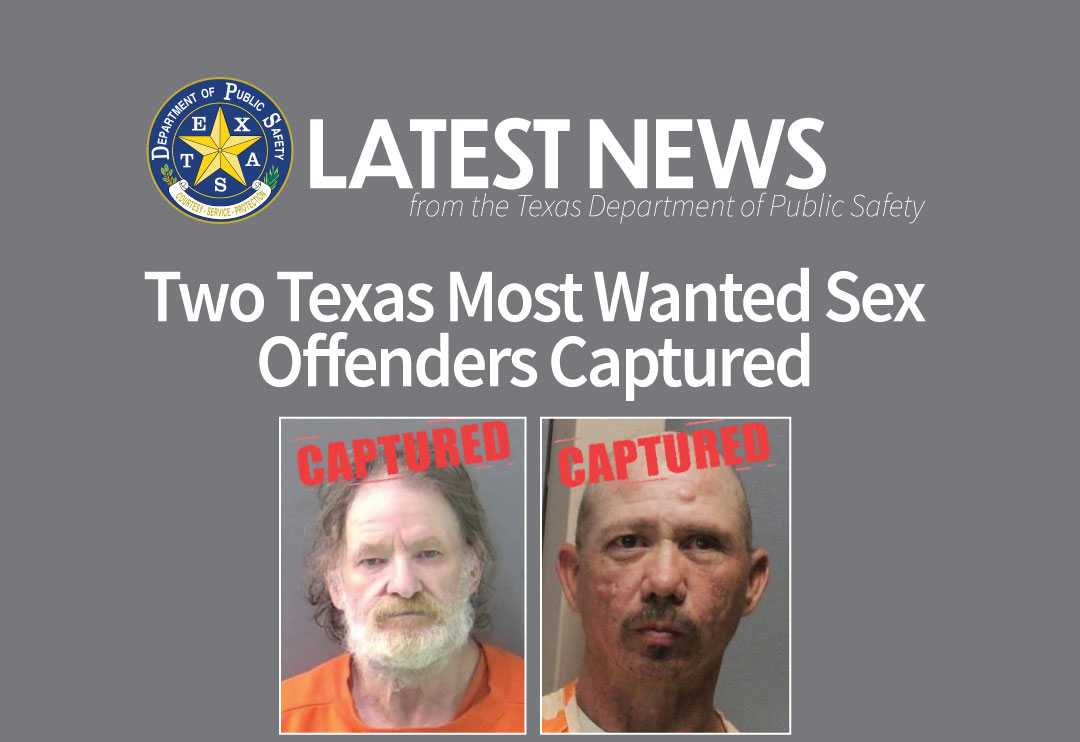 AUSTIN – Two of Texas’ 10 Most Wanted Sex Offenders are back in custody following their arrests last month. Jackie Dale Brown was arrested Nov. 29 in Killeen, while William Daniel Clifford was arrested Nov. 30 in Arkansas. A Crime Stoppers reward will be paid in the arrests of both men.

Jackie Dale Brown, 60, of Temple, was arrested by Texas Department of Public Safety (DPS) Special Agents at a convenience store in Killeen. He was added to the Texas 10 Most Wanted Sex Offenders List on Nov. 22.

Brown had been wanted by authorities since June 2020, when the Bell County Sheriff’s Office issued warrants for his arrest for failure to comply with sex offender registration requirements and assault causing bodily injury. In 2001, Brown was convicted of indecency with a child by sexual contact for an incident with a 5-year-old girl. He was sentenced to three years in a Texas Department of Criminal Justice (TDCJ) prison. In 2010, Brown was convicted of failure to comply with a sex offender’s duty to register and sentenced to three years in a TDCJ prison. For more information, view his captured bulletin.

Clifford had been wanted since October 2019, when the Texas Board of Pardons and Paroles issued a warrant for a parole violation. In January 2021, the Tyler County Sheriff’s Office also issued a warrant for failure to register as a sex offender. In 2004, Clifford was convicted of aggravated sexual assault of a child for an incident involving a 13-year-old girl and was sentenced to nine years in a TDCJ prison. In 2017, Clifford was convicted of failure to comply with a sex offender’s duty to register and was sentenced to three years in a TDCJ prison. He was released on parole in May 2019. For more information view his captured bulletin.

Texas Crime Stoppers, which is funded by the Governor’s Criminal Justice Division, offers cash rewards to any person who provides information that leads to the arrest of one of Texas’ 10 Most Wanted Fugitives or Sex Offenders. So far this year, DPS and other agencies have arrested 33 criminals, including 12 gang members and 16 sex offenders. In addition, $68,500 in rewards has been paid for tips that yielded arrests.