Two of Texas’ Most Wanted from Dallas, Lubbock Back in Custody 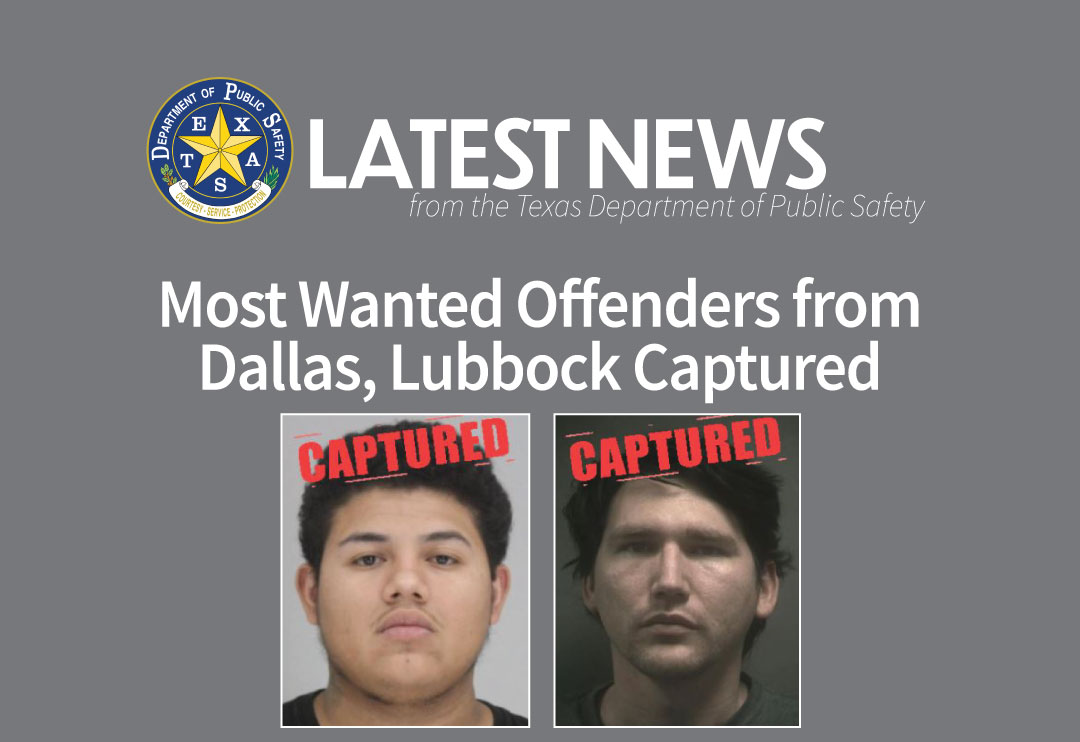 AUSTIN – Two of Texas’ Most Wanted are back in custody following their arrests, including one fugitive and one sex offender. Texas 10 Most Wanted Fugitive Alberto Mendoza was arrested Oct. 13 in Dallas. Texas 10 Most Wanted Sex Offender Cory Lee Reed was captured Oct. 14 in Canyon. A Crime Stoppers reward will be paid in the arrests of both men.

Alberto Mendoza, 21, of Dallas, was arrested by Dallas Police officers at a home on the south side. He was added to the Texas 10 Most Wanted Fugitives List on Sept. 7, 2021. Mendoza had been wanted by authorities since December 2020 for engaging in organized criminal activity and a parole violation. In 2016, he was convicted on four counts of aggravated assault with a deadly weapon and sentenced to eight years in a Texas Department of Criminal Justice (TDCJ) prison. Mendoza was released on parole in November 2018. For more information, view his wanted bulletin.

Cory Lee Reed, 30, of Lubbock, was arrested at a home in Canyon by members of the U.S. Marshals North Texas Fugitive Task Force, including Texas Department of Public Safety (DPS) Special Agents. The Dalhart Police Department assisted with the fugitive investigation.

Reed was added to the Texas 10 Most Wanted Sex Offenders List on Sept. 22, 2021. He had been wanted since September 2020, when a warrant for his arrest was issued for failing to register as a sex offender. In 2010, Reed was convicted of two counts of sexual assault of a child following incidents involving a 14-year-old girl. He was sentenced to 10 years probation. In 2011, Reed was convicted of failure to comply with a sex offender’s duty to register and received five years probation. In 2012, however, his probation was revoked and he was sentenced to eight years in prison. Reed was released on parole in March 2019. For more information, view his wanted bulletin.

Texas Crime Stoppers, which is funded by the Governor’s Criminal Justice Division, offers cash rewards to any person who provides information that leads to the arrest of one of Texas’ 10 Most Wanted Fugitives or Sex Offenders. So far this year, DPS and other agencies have arrested 22 Texas 10 Most Wanted Fugitives and Sex Offenders, including eight gang members and 10 sex offenders. In addition, $49,000 in rewards has been paid for tips that yielded arrests.