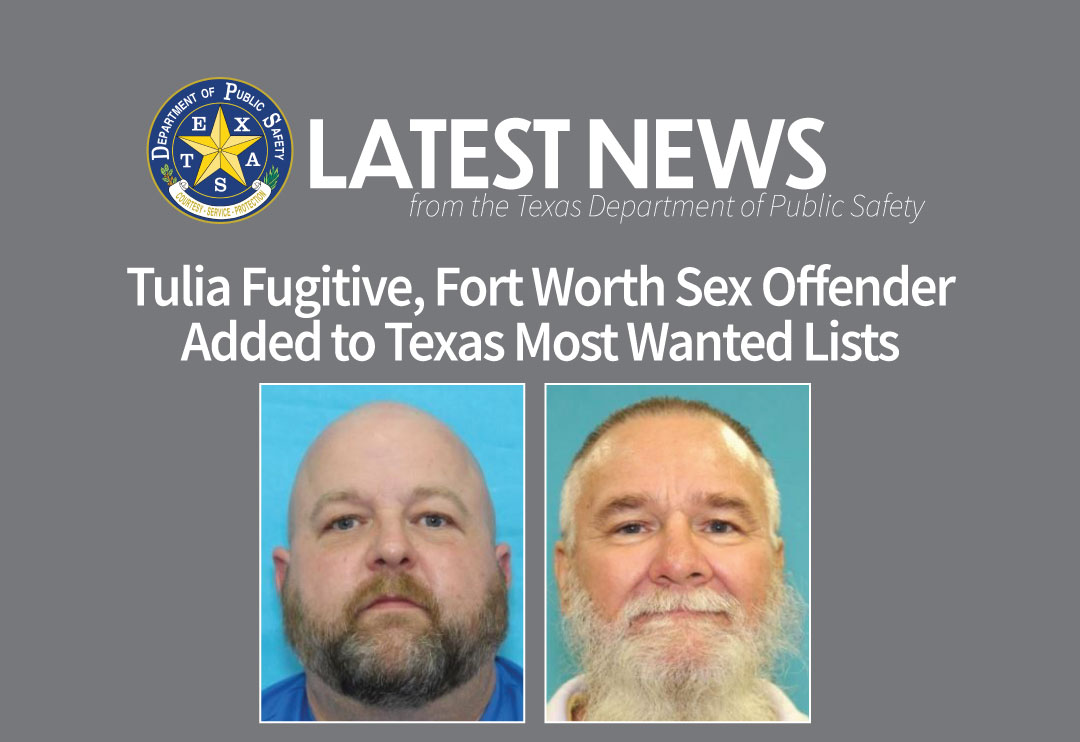 James Mark Bishop, 49, has been wanted since July 2021, when the Tulia Police Department issued two warrants for continuous sexual assault of a child and indecency with a child. The Texas County Sheriff’s Office in Oklahoma also issued a warrant to revoke his probation for five counts of knowingly downloading child pornography.

Bishop was a deputy with the Texas County Sheriff’s Office in 2005 when he was arrested on allegations of sexual exploitations of a child. He was subsequently convicted in 2007 of five counts of knowingly downloading child pornography. Bishop was released from prison in 2011. He was placed on probation and moved to Tulia, Texas. In 2020, Bishop was arrested in Tulia for continuous sexual assault of a child and indecency with a child by sexual contact for incidents involving a 12-year-old girl.

Bishop is 6 feet 1 inch tall and weighs about 245 pounds. He is trained in martial arts and may be using false identifications. For more information or updates in the event of his arrest, view his wanted bulletin.

Phillip Mark Ward, 59, has been wanted since March 2021, when the Texas Board of Pardons and Paroles issued a warrant for a parole violation. The Fort Worth Police Department also issued a warrant for failure to register as a sex offender. In 1992, Ward was convicted of two counts of aggravated sexual assault of a child following incidents involving an 8-year-old girl and a 9-year-old boy. He was sentenced to 75 years in a Texas Department of Criminal Justice prison. He was released on parole in February 2017.

Ward is 5 feet 10 inches tall and weighs about 180 pounds. He has a tattoo on his chest. For more information or in the event of his arrest, view his wanted bulletin.

Texas Crime Stoppers, which is funded by the Governor’s Criminal Justice Division, offers cash rewards to any person who provides information that leads to the arrest of one of Texas’ 10 Most Wanted Fugitives or Sex Offenders. So far this year, DPS and other agencies have arrested 31 criminals from these lists, including 12 gang members and 16 sex offenders. In addition, $65,500 in rewards has been paid for tips that yielded arrests.

Additional Photos (from left to right; Bishop and Ward):