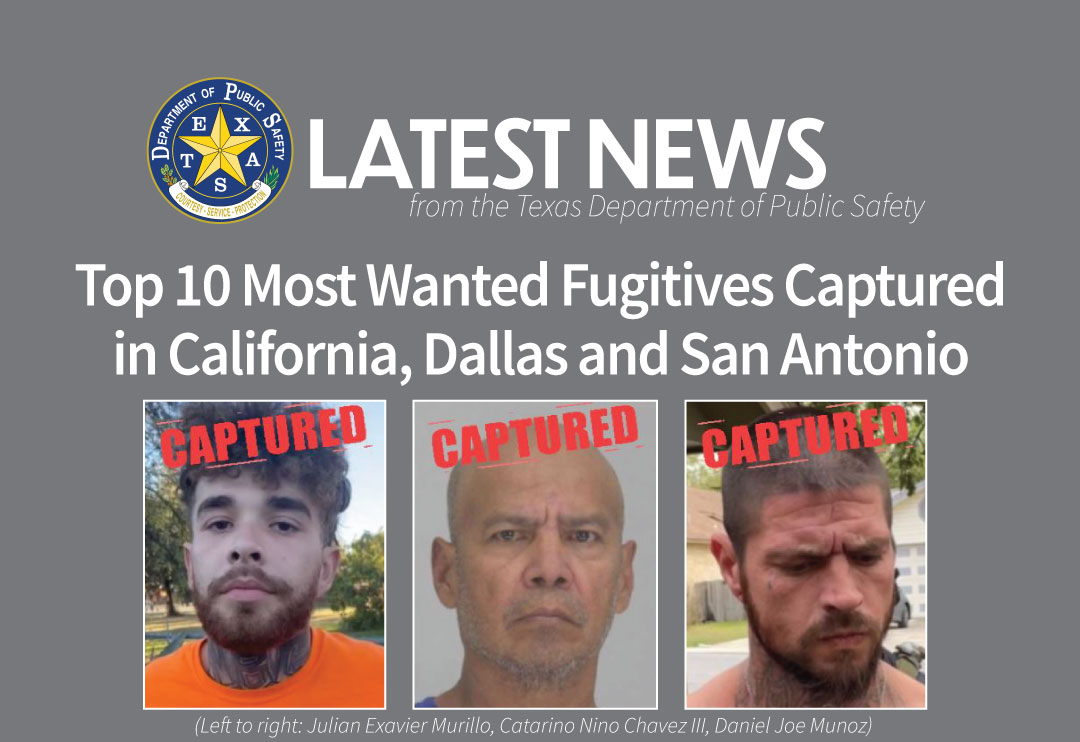 Murillo had been wanted since December 2021, when the Victoria County Sheriff’s Office issued warrants for his arrest for murder, aggravated robbery, evading arrest/detention and failure to identify. These warrants were issued following Murillo’s alleged involvement in the September 2021 death of a 19-year-old man in Victoria, Texas. For more information, view his captured bulletin.

In 1998, Chavez was convicted of attempted aggravated sexual assault of a child and sentenced to five years of confinement. In 2005, he was convicted of two counts of aggravated sexual assault of a child and two counts of indecency with a child following incidents involving a 13-year-old and 14-year-old girl. He subsequently received 20 years of confinement for each charge. He was released on parole in June 2021. For more information, view his captured bulletin.

Munoz had been wanted since February 2022, when the Bexar County Sheriff’s Office issued two warrants for his arrest for failure to comply with sex offender registration requirements.

Texas Crime Stoppers, which is funded by the Governor’s Criminal Justice Division, offers cash rewards to any person who provides information that leads to the arrest of one of Texas’ 10 Most Wanted Fugitives or Sex Offenders. So far in 2022, DPS and other agencies have arrested 64 Texas 10 Most Wanted Fugitives and Sex Offenders, including 22 gang members and 34 sex offenders. In addition, $88,000 in rewards has been paid for tips that yielded arrests.