Texas 10 Most Wanted Sex Offenders from Fort Worth, Galveston Arrested 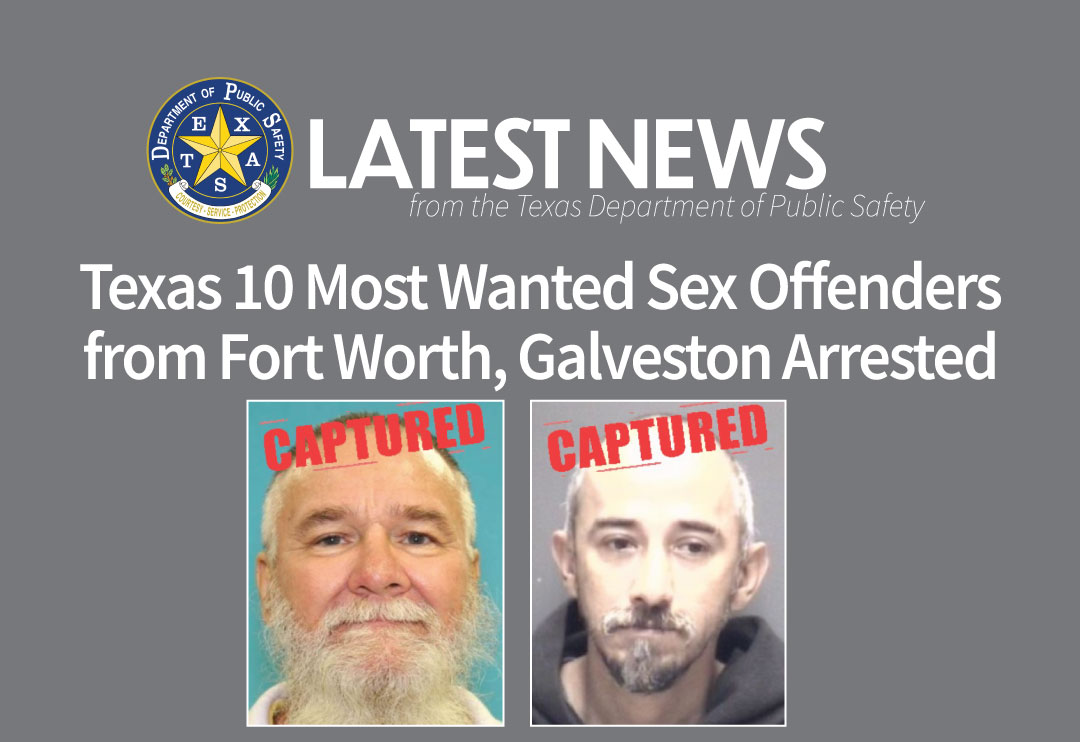 AUSTIN – Two of Texas’ 10 Most Wanted Sex Offenders are back in custody after their arrests last week. Phillip Mark Ward, of Fort Worth, was arrested Feb. 8 in Fort Worth. Joe Louis Hernandez, of Galveston, turned himself in to the Galveston Police Department on Feb. 10. No Crime Stoppers rewards will be paid.

Phillip Mark Ward, 59, was arrested while at a shelter by the Fort Worth Police Department and the U.S. Marshals North Texas Fugitive Task Force.

Ward had been wanted since March 2021, when the Texas Board of Pardons and Paroles issued a warrant for a parole violation. The Fort Worth Police Department also issued a warrant for failure to register as a sex offender. In 1992, Ward was convicted of two counts of aggravated sexual assault of a child following incidents involving an 8-year-old girl and a 9-year-old boy. He was sentenced to 75 years in a Texas Department of Criminal Justice (TDCJ) prison. He was released on parole in February 2017. For more information on his arrest, view his captured bulletin.

Joe Louis Hernandez, 44, turned himself in at the Galveston Police Department. He had been wanted since January 2021, when Galveston police issued a warrant for failure to comply with sex offender registration requirements.

Texas Crime Stoppers, which is funded by the Governor’s Criminal Justice Division, offers cash rewards to any person who provides information that leads to the arrest of one of Texas’ 10 Most Wanted Fugitives or Sex Offenders. So far in 2022, DPS and other agencies have arrested seven Texas 10 Most Wanted Fugitives and Sex Offenders, including two gang members and four sex offenders. In addition, $6,000 in rewards has been paid for tips that yielded arrests.