Rewards Offered for Men from Midland, Hamilton Just Added to Most Wanted Lists 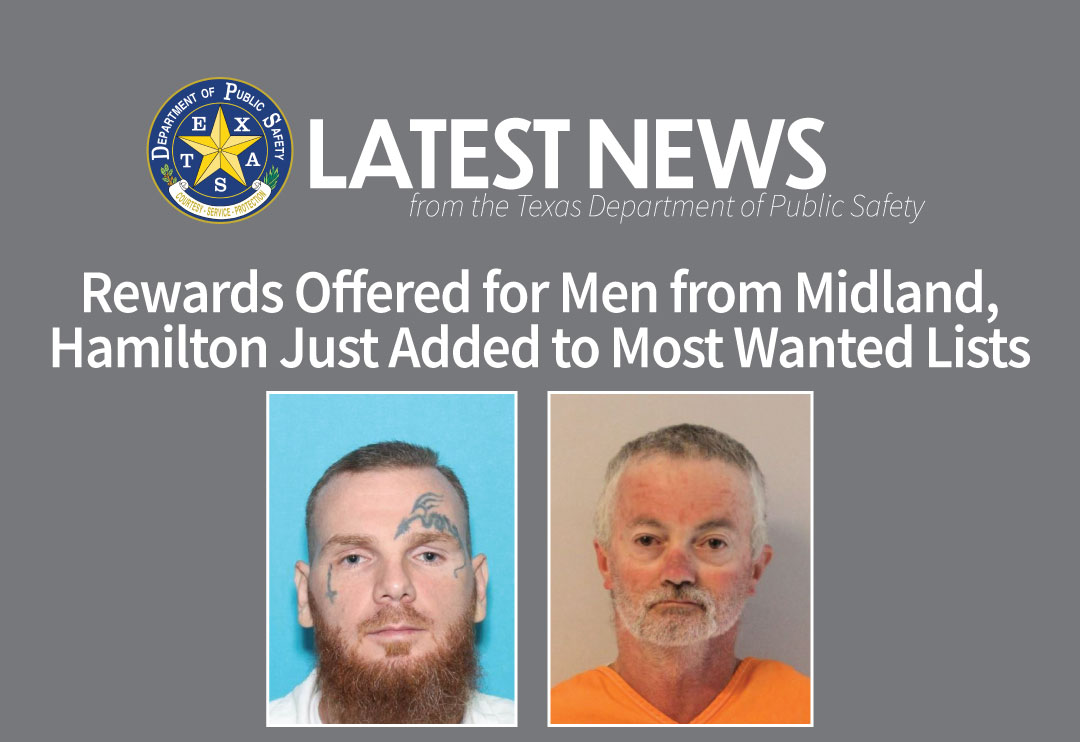 Joshua Dee Daniels, 39, of Midland, is wanted for sexual assault and a parole violation. He’s been wanted since January 2020, when he violated his parole and absconded from Midland, Texas. Daniels was previously convicted on 11 counts of burglary of a habitation, engaging in organized criminal activity and assault against a public servant. He has ties to Central Texas, including Burnet County, as well as the Aransas Pass/Rockport area, where a warrant was issued by the Aransas Police Department in December 2020 for sexual assault.

Daniels is 5 feet 9 inches tall and weighs about 175 pounds. He has several tattoos on his body, including on his face and forehead. For more information or updates in the event of his arrest, view his wanted bulletin.

Joseph Darwin Watson, 52, of Hamilton, is a high-risk sex offender who is wanted for failure to comply with sex offender registration requirements. He’s been wanted since October 2020, after he absconded from his last known address in Hamilton, Texas. Watson was previously convicted in Llano County of two counts of aggravated sexual assault involving a 5-year-old boy. In 2009, he was convicted of a sexual assault charge involving a 47-year-old woman in Milam County. Watson has ties to Hamilton, Milam and Parker counties, including the cities of Hamilton, Rockdale and Weatherford.

Watson is 5 feet 3 inches tall and weighs about 120 pounds. He has tattoos on his back, both shoulders and both upper arms. Watson may be using the name Joseph Stanford. For more information or in the event of his arrest, view his wanted bulletin.

Texas Crime Stoppers, which is funded by the Governor’s Criminal Justice Division, offers cash rewards to any person who provides information that leads to the arrest of one of Texas’ 10 Most Wanted fugitives or sex offenders. So far this year, DPS and other agencies have arrested 12 Texas 10 Most Wanted Fugitives and Sex Offenders, including four gang members and six sex offenders. In addition, $20,500 in rewards has been paid for tips that have yielded arrests.