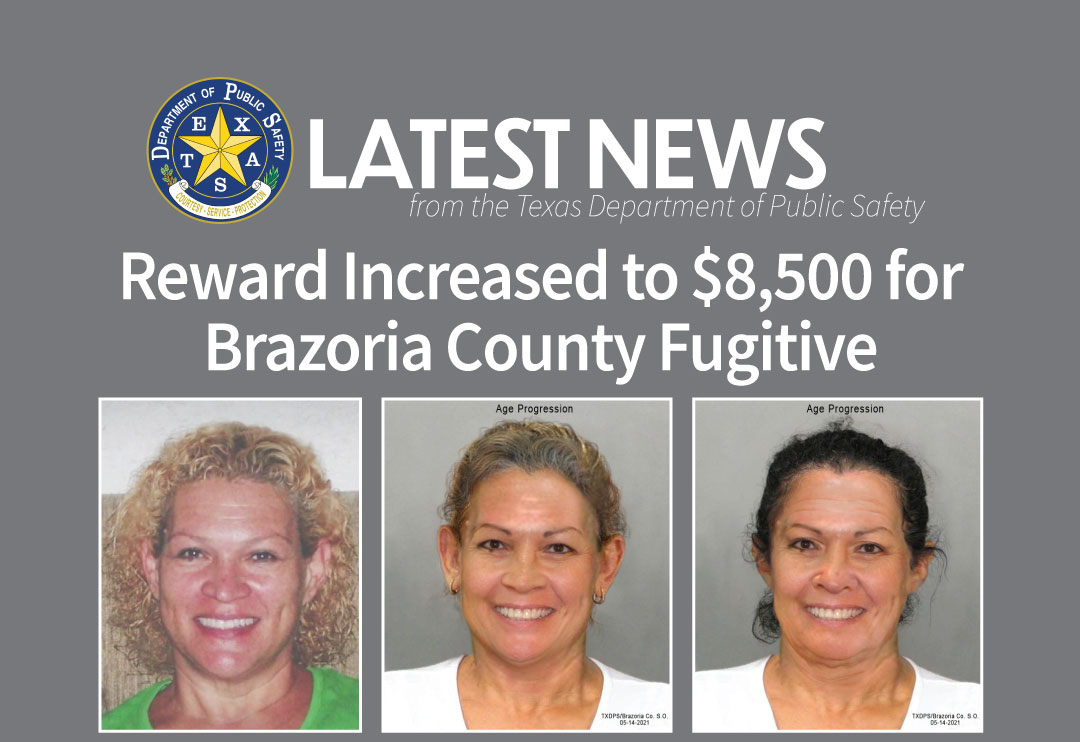 AUSTIN – The reward for Margaret Lorrain Smith, a Texas 10 Most Wanted Fugitive and this month’s featured fugitive, has been increased to $8,500 for information leading to her arrest if the tips are received during the month of September. Smith, 62, is wanted for capital murder. All tips are guaranteed to be anonymous.

Smith is charged with hiring a man to kill her husband, George Smith, on Aug. 6, 2007. An investigation determined Smith lured him to Surfside Beach, Texas, late at night. Smith is accused of leaving her husband sitting in the sand when a man she hired beat George to death with a metal object. In September 2007, Smith and the man she hired were indicted for capital murder.

Smith’s co-defendant was convicted. Smith, however, has been on the run since Aug. 11, 2009, when she fled the Brazoria County area while on bond prior to the start of her trial. She was last seen on video in August 2009 in a San Antonio area Walmart getting into a maroon, four-door sedan, possibly a Lincoln Continental. In addition to the Texas Crime Stoppers featured reward of up to $8,500 during the month of September, a reward of $5,000 is also being offered through Brazoria County Crime Stoppers for information leading to Smith’s arrest.

Smith is 5 feet 6 inches tall and weighs about 185 pounds. She has a mole on the bottom of her right eyelid. She often dyes her naturally dark, curly hair or wears a wig. She went by Margaret or Lorrain. For more information or updates in the event of her arrest, view her wanted bulletin.

One offender from the Texas 10 Most Wanted Program is featured each month in hopes that the higher reward money from the Governor’s Criminal Justice Division will generate additional tips. The higher reward will only be paid if the tip comes in the same month the fugitive is featured. So far this year, the Texas Department of Public Safety (DPS) and other agencies have arrested 16 of Texas’ 10 Most Wanted Fugitives and Sex Offenders, including five gang members and seven sex offenders. In addition, $20,500 in rewards have been paid for tips that have yielded arrests.

All tips are anonymous — regardless of how they are submitted — and the tipster will be provided a tip number instead of using a name.