Fugitives from Dallas, Austin Added to Texas Most Wanted Lists 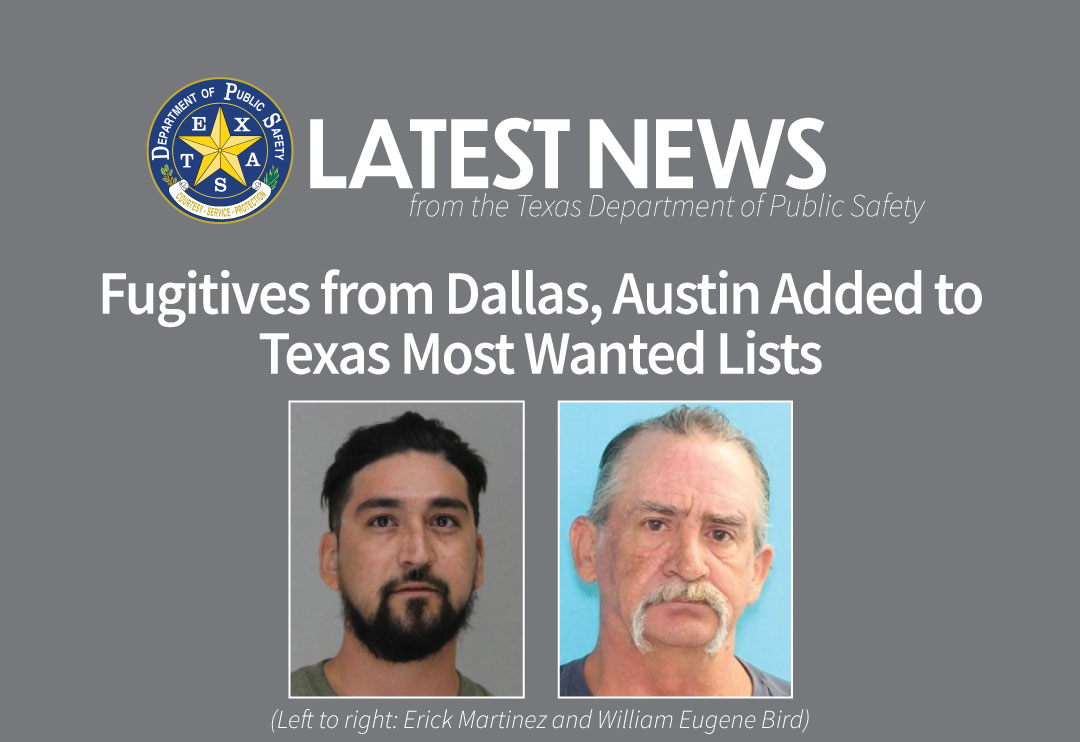 Erick Martinez, 34, has been wanted since September 2021, after the Dallas County Sheriff’s Office issued warrants for his arrest for four counts of sexual assault of a child and two counts of failure to comply with sex offender registration requirements.

Martinez is 5 feet 10 inches tall and weighs about 165 pounds. He has tattoos on his right arm and scars on his head, both arms and right hand. In addition to Dallas, he also has ties to El Paso. For more information or updates in the event of his arrest, view Martinez’s wanted bulletin.

William Eugene Bird, 54, has been wanted since October 2021, when the Bastrop County Sheriff’s Office issued a warrant for probation violation.

Bird is 5 feet 7 inches tall and weighs about 165 pounds. He has tattoos on his chest, back and both arms. He occasionally wear glasses. In addition to Austin, he also has ties to Bastrop and Kempner. For more information or updates in the event of his arrest, view Bird’s wanted bulletin.

Texas Crime Stoppers, which is funded by the Governor’s Criminal Justice Division, offers cash rewards to any person who provides information that leads to the arrest of one of Texas’ 10 Most Wanted Fugitives or Sex Offenders. So far in 2022, DPS and other agencies have arrested 45 people off the lists, including 18 gang members and 24 sex offenders. In addition, $72,000 in rewards has been paid for tips that yielded arrests.