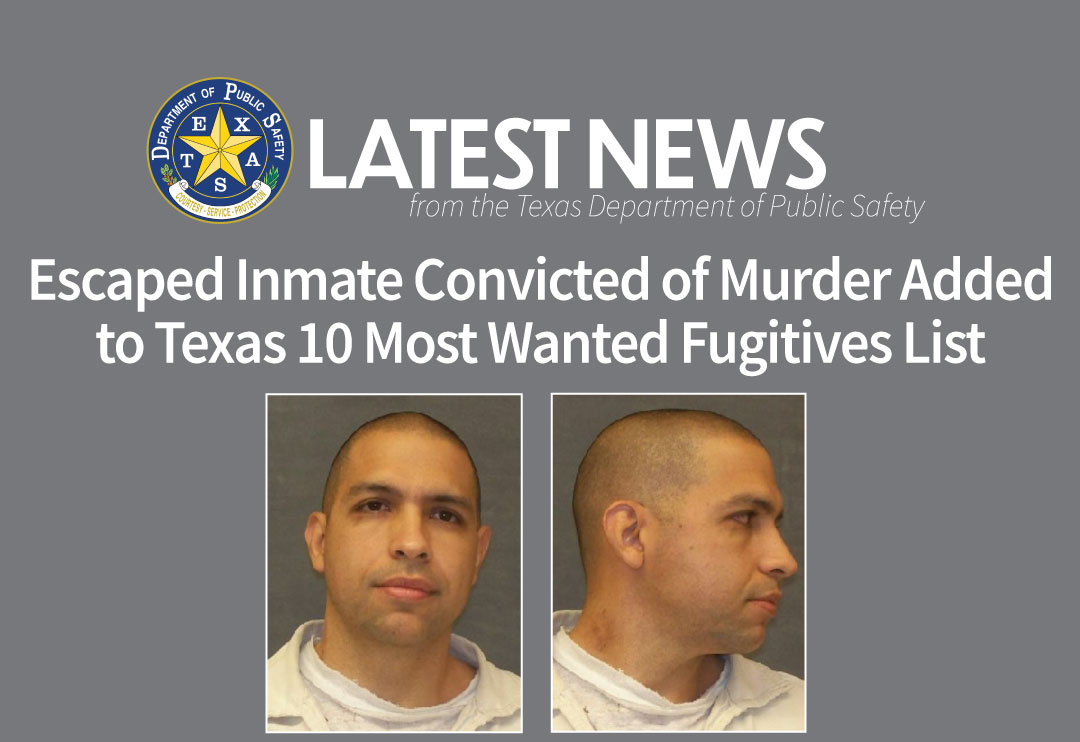 AUSTIN – The Texas Department of Public Safety (DPS) has added prison escapee Gonzalo Artemio Lopez to the Texas 10 Most Wanted Fugitives List. Lopez, 46, is wanted for escape and aggravated assault of a public servant. Texas Crime Stoppers is offering a cash reward of up to $50,000 for information leading to his arrest. All tips are guaranteed to be anonymous.

Lopez, from the Rio Grande Valley, is affiliated with the Mexican Mafia. On May 12, 2022, Lopez escaped from a Texas Department of Criminal Justice (TDCJ) transport bus on State Highway 7 near Centerville in Leon County after assaulting a correctional officer.

Lopez is 6 feet tall, weighs about 185 pounds and has tattoos on his back, abdomen and chest. He also has a burn scar on the right side of his neck. Lopez has ties to the Rio Grande Valley area, including Weslaco and Mercedes. He also has ties to San Antonio. For more information or updates in the event of his arrest, view his wanted bulletin.

Texas Crime Stoppers, which is funded by the Governor’s Criminal Justice Division, offers cash rewards to any person who provides information that leads to the arrest of one of Texas’ 10 Most Wanted Fugitives or Sex Offenders. So far in 2022, DPS and other agencies have arrested 27 people off the lists, including 10 gang members and 15 sex offenders. In addition, $46,000 in rewards has been paid for tips that yielded arrests.